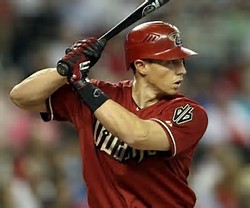 Ransom attended Chandler High School in Chandler, Arizona. He was selected by the Cleveland Indians in the 43rd round (1202nd overall) in the 1995 Major League Baseball draft but did not sign with the Indians. He instead attended South Mountain Community College.

He was a survivor of a fatal van accident when his South Mountain Community College baseball team’s van blew a tire on a team trip to Tucson, causing the van to roll over. Two of Ransom's teammates died.[1]

After spending two years at South Mountain, Ransom spent the 1997 season at Mesa State, helping the Mavericks to the NCAA Division II regional. Ransom transferred to Grand Canyon University for the 1998 season, and was a key member of an Antelopes squad that won the Western Athletic Conference Northern Division. Ransom started every game at shortstop, hitting .330 with 8 HR and 48 RBIs while leading the team with 20 doubles.

Ransom was drafted again in 1998, this time by the San Francisco Giants in the 9th round (278th overall). After signing, he spent his first professional season with the Single-A Salem-Keizer Volcanoes.

Ransom made his major league debut on September 5, 2001, against the Arizona Diamondbacks. For the next three seasons from 2002 to 2004, he played for the Triple-A Fresno Grizzlies and the major league club. He was mainly used as a defensive replacement by the Giants. On August 8, 2003, he hit his first major league home run off Philadelphia Phillies starting pitcher Vicente Padilla.

Following the 2004 season, he was granted free agency by the Giants.

He was signed by the Chicago Cubs on January 20, 2005. On March 30, 2005, he was acquired by the Texas Rangers for cash considerations. He played for the Triple-A Oklahoma Redhawks and played in 24 games in which he batted .261 with 5 home runs. He was released on May 25, 2005. He resigned with the Chicago Cubs two days later and played with the Triple-A Iowa Cubs for the rest of the season. He was granted free agency after the season.

Ransom signed with the Seattle Mariners on January 27, 2006, with an invitation to Spring Training. He played in 19 games during Spring Training in which he batted .219 with no home runs. After being reassigned to minor league camp, he was acquired by the Houston Astros for cash considerations on March 30, 2006. He played for the Triple-A Round Rock Express for 2006 season. He batted just .247 with 21 home runs in 122 games.

He returned to the Round Rock Express for the 2007 season. He played for the Express until the end of the minor league season. Ransom batted .263 in 134 games and led the Express in home runs (28) and RBIs (90). He was also second on the team in hits with 131. His good performance earned him a call up on September 4, 2007.

On September 16, 2007, against the Pittsburgh Pirates, Ransom hit a home run off Paul Maholm. It was Ransom's first home run in the major leagues since 2004.

Ransom signed a minor league contract with the New York Yankees during the 2007-08 offseason.

Ransom was called up to the Yankees for his first Major League action of the 2008 season on August 15. He homered in both his first and second Yankee at bats, the first hitter in Yankee history to do so.[2] The first occurred on August 17, 2008, against the Kansas City Royals; the second was on August 22, 2008 against the Baltimore Orioles.

On September 21, 2008, Ransom made the last putout in Yankee Stadium history.[2] Baltimore Orioles second baseman Brian Roberts hit a slow ground ball down the first baseline that Ransom fielded, then stepped on first for the deciding out in a 7-3 Yankees win. On Friday, September 26, Cody had his first multi-home run game against the Boston Red Sox. Both home runs came on the first pitch of the at bat. Ransom was one of only three Yankees to hit a home run while serving as a pinch hitter.[2]

Ransom started the 2009 season as the Yankees' starting 3rd baseman due to the hip surgery recovery of Alex Rodriguez;[4] however, Ransom too was put on the disabled list on April 25 after an injury to his right quadriceps.[5]

Ransom is married to his wife Ericka with a daughter, Mackenzie[6]

Retrieved from "https://baseball.fandom.com/wiki/Cody_Ransom?oldid=48294"
Community content is available under CC-BY-SA unless otherwise noted.