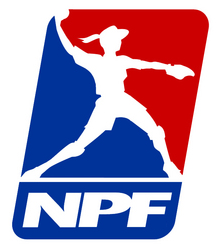 National Pro Fastpitch (NPF), formerly the Women's Pro Softball League (WPSL), is the only professional women's softball league in the United States. The WPSL was founded in 1997 and folded in 2001. The NPF revived the league in 2004 and currently features six teams: the Philadelphia Force, Washington Glory, Akron Racers, Chicago Bandits, New England Riptide, and the Rockford Thunder with possible expansion team Michigan Ice in 2008.

In 1982, the National Collegiate Athletic Association began to sanction the Women's College World Series, a move that led to increased participation and exposure for the sport.

Former Utah State University softball player Jane Cowles and her collegiate coach, John Horan, developed a plan for a women's professional fastpitch softball league. In February 1989, Cowles introduced a blueprint for the league to her parents Sage and John Cowles, Jr., owners of the Cowles Media Company, who agreed to provide financial backing for the endeavor.

Field research and market studies began later that fall and continued to take place into 1993. In January 1994, plans for a barnstorming tour were announced, and 18 months later two teams comprised of former collegiate all-stars played exhibition games in cities throughout the Midwest. Eight years of research and planning finally culminated in May 1997, with the Cowles family and title sponsor AT&T Wireless Services launching Women's Pro Fastpitch (WPF). The League began with 6 teams: Orlando Wahoos, Tampa Bay Firestix, Georgia Pride, Carolina Diamonds, Durham Dragons, and Virginia Roadsters. After completing two seasons as WPF, officials changed the name to the Women's Professional Softball League in 1998. The Orlando Wahoos would eventually move to Akron, OH and become the Racers, the only team which still remains in the league today.

The WPSL consisted of four teams located in the Eastern United States in 2000. The world's most talented fastpitch softball players, including former Olympians, collegiate All-Americans, and all-conference selections highlighted the 15-player rosters of the league's four squads. The Akron Racers, Florida Wahoos, Ohio Pride, and the Tampa Bay FireStix each participated in the WPSL regular season. The Florida Wahoos defeated the Ohio Pride in the championship series held in Springfield, Missouri.

The 2001 "Tour of Fastpitch Champions" allowed the WPSL to focus on expansion. The 2001 tour traveled to 11 cities that were targeted as WPSL expansion candidates. Competition featured games between the WPSL Gold and All-Star teams as well as Canada, the USA National Teams, and local all-star teams. Nine of these games were televised, seven on ESPN2 and two "live" on ESPN, a first for the WPSL. The season was deemed a success with more than three million households witnessing a WPSL game. Numerous cities are also being developed for future ownership in the league.

The ESPN2 televised over 30 games from 1999 to 2001. The broadcasts consistently out-rated those of Major League Soccer and the National Hockey League.

Play was suspended during the 2002 season to restructure the organization and allow the league additional time to develop and explore new expansion markets. However, a WPSL All-Star team competed in two exhibition games against the Tennessee All-Stars as part of the National Softball Association's A division Eastern World Series in Chattanooga, Tennessee. The WPSL All-Stars also conducted two clinics as part of the weekend activities.

On Nov. 21, 2002, WPSL announced a rebranding strategy and official name change to National Pro Fastpitch. Major League Baseball partnered with NPF as its Official Development Partner as a continuation of MLB's efforts to connect with female athletes and women in general.

As part of its long-term sales, marketing and promotional campaign, NPF featured an All-Star Tour in 2003. The tour provided each of the league's expansion team owners with tools to lay the groundwork in their marketplace for the official launch of league play in 2004.

In 2004, all the hard work and planning paid off for fans, athletes, coaches, and league officials with the relaunch of the league in six markets: Stockton, California; Tucson, Arizona; Rockford, Illinois; Akron, Ohio; Lowell, Massachusetts; Montclair, New Jersey.

The 2004 season was distinguished by 178 league-wide games, 96 of the best female softball players in the country, the continued support of Major League Baseball as the Official Development Partner of NPF in the category of women's fastpitch softball, NPF playoffs (both best of three series went three games) and the inaugural NPF Championship with the New York/New Jersey Juggernaut capturing the Championship Cowles Cup with a victory over the New England Riptide, fourth place finisher in the regular season.

The efforts of the new ownership group in 2005 focused on solidifying broadcast agreements locally and nationally, soliciting sponsorship support, and aligning with national softball associations to bring meaningful competition to each team market and various grassroots events across the country. The group continues to recruit new teams and strengthen team ownership in each market.

The 2005 regular season included a total of 144 games and 23 opponents including six NPF teams, plus women’s ASA major teams and international teams such as Canada, Mexico, Russia, Venezuela, China, and Australia. The season concluded the last weekend in August when the Akron Racers beat the Chicago Bandits 5-4 in extra innings to claim the NPF Championship Title.

For the 2007 season, The Texas Thunder moved to Rockford, Illinois to play as the Rockford Thunder. The Connecticut Brakettes left the NPF to return to exclusive amateur status. The Washington Glory was established as a new franchise, picking up many of the former Brakettes' pro players. The Arizona Heat franchise was officially suspended but a return of the Heat may occur under new ownership in 2008.

Each of the six established NPF teams will play an official schedule of 44 games during 2007, including games against non-league opponents that will again count in the NPF standings. The Michigan Ice will play a more limited schedule as a provisional NPF team. Non-league opponents include Team China, Denso Japan, the Venezuelan National Team and the Stratford Brakettes.

Community content is available under CC-BY-SA unless otherwise noted.
Advertisement