Mosebach made his major league debut against the Minnesota Twins on July 25, 2009, at Angel Stadium of Anaheim, pitching one inning and giving up two hits. However, he was optioned to the Triple-A Salt Lake Bees just five days later. 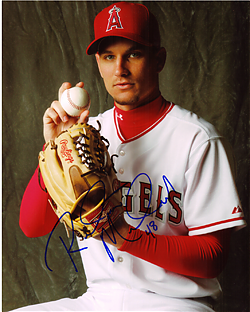 Retrieved from "https://baseball.fandom.com/wiki/Robert_Mosebach?oldid=34801"
Community content is available under CC-BY-SA unless otherwise noted.