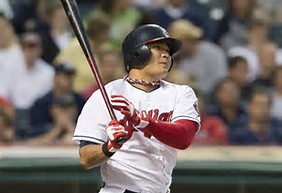 Choo was selected as the Most Valuable Player and Best Pitcher of the 2000 World Junior Baseball Championship held in Edmonton, Alberta as South Korea won the event. Choo signed a $1.35M contract with the Mariners after the championship and converted to the outfield. At Busan High School, Choo batted fourth and could throw in the mid-90s as a pitcher. Choo is a "five-tool player" – possessing the talent to hit for power and average, being an above average defender, and having above average arm strength and above average speed.

Choo made his Major League Baseball debut with the Seattle Mariners on April 21, 2005, but spent most of the 2005 season and the first half of the 2006 season in the minor leagues with the Mariners' Triple-A affiliate, the Tacoma Rainiers. He was traded to the Cleveland Indians along with minor leaguer Shawn Nottingham on July 26, 2006, for first baseman Ben Broussard.

He spent the first few weeks of the 2007 regular season with the Buffalo Bisons, a AAA team in the International League affiliated with the Indians, before being called up on April 23, 2007 to take the place of the injured third baseman Andy Marté.[1] He was optioned back to Buffalo on May 3.[2] Choo missed several months of the 2007 season due to injury, and in September 2007 underwent Tommy John surgery on his left elbow.

In the 2008 season, Choo was called up on May 31 and spent the rest of the season with the Indians. He finished the season (after 317 at-bats) with a .309 batting average, 98 hits, 14 home runs, and 66 RBI. His 98 hits and 66 RBI are also a new record for most hits and RBI by a Korean-born player in the MLB. Thanks to a hot September where he put up a .400 batting average, 34 hits, 5 home runs, and 24 RBI, Choo was awarded the American League Player of the Month for September Award presented by Sharp.

In February 2009, he signed a one-year contract with the Cleveland Indians.[3] During that season, he broke his own records for home runs, RBIs, stolen bases and hits. On October 3, 2009, Choo hit his 20th homer off of Paul Byrd of the Boston Red Sox, thus joining the 20-20 club. He is the first Asian to accomplish this feat. He was also the only player in AL to have a .300 average, 20 home runs, and 20 stolen bases at the same time. He finished the season with 20 home runs, 21 steals, 86 RBI, and a .300 batting average.

Choo was on the 2009 World Baseball Classic Korean roster. Cleveland has allowed Choo to play under the condition that he plays only one game or less as an outfielder in the first round, and only in two non-consecutive games of the second round.[4] Cleveland has lifted this restriction from the semifinals and on, and Choo started as an outfielder in the semifinal match against Venezuela. He helped Korea win 10-2 against Venezuela with a three-run home run against Carlos Silva on the first inning. He also contributed a solo home run on the fifth inning at the finals against Hisashi Iwakuma of Japan, where Korea lost to Japan 3-5.

He and his wife currently reside just outside Phoenix, Arizona.

South Korea has mandatory military service for men and Choo is required to serve about 2 years before he turns 30 in 2012. The government gives de-facto waivers to athletes by requiring them only to serve 4-week long basic military training under limited circumstances, which Choo missed several times. In addition, the South Korean government does not allow an individual to give up their citizenship to avoid military service.

In the 2008 Beijing Olympics he was certain to make it to the national team but could not as the Commissioner's office did not allow players on the 25-man roster to play in the Olympics. The team also was aware of his special circumstances but kept him on the 25-man roster as he was out of minor league options. Olympic medalists are given military waivers in South Korea and he could have received a waiver had he competed as the South Korean team won a gold medal. However baseball has been voted out of the 2012 London Olympic games.

Currently the only option he has is to win a gold medal in the 2010 Asian games in Guangzhou. KBO(Korean Baseball Organization) expressed that he will be included in the national team.

Retrieved from "https://baseball.fandom.com/wiki/Shin-Soo_Choo?oldid=53411"
Community content is available under CC-BY-SA unless otherwise noted.