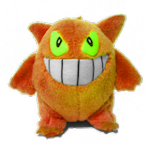 I was a Chicago Cubs fan as a kid and saw my first MLB game at Wrigley Field, but I was born in Berkeley, CA, so when I returned to the Bay Area, I became a San Francisco Giants fan.

Retrieved from "https://baseball.fandom.com/wiki/User:Fandyllic?oldid=31768"
Community content is available under CC-BY-SA unless otherwise noted.