For information about the tournament held in 2006, see 2006 World Baseball Classic. 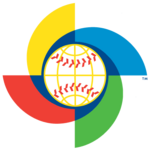 The World Baseball Classic, sometimes abbreviated WBC, is an international baseball tournament, first held in March 2006. It is sanctioned by the International Baseball Federation and created by Major League Baseball, the Major League Baseball Players Association, and other professional baseball leagues and their players associations around the world. The second WBC is scheduled to take place in 2009, with subsequent tournaments held every four years thereafter.

The WBC is the first international baseball tournament for national teams to feature professional players from the major-leagues; the Summer Olympics have regularly featured college and minor-league players because the Games conflict with the major league season, and the World Cup of Baseball historically has not had major leaguers participate. In addition to providing a format for the best baseball players in the world to compete against one another while representing their home countries, the World Baseball Classic was created in order to further promote the game around the globe.

The tournament was announced in May 2005.[1] Major League Baseball (MLB) had been attempting to create such a tournament for at least two years; negotiations with the Major League Baseball Players Association (MLBPA)—the players' union—and with the team owners had held the plan back. Owners, notably New York Yankees owner George Steinbrenner, had been concerned about their star players being injured in professional play before the beginning of spring training. This was a concern for the union as well, but their primary objection was with drug testing: MLB wanted the stricter Olympic standards in place for the tournament, while the union wanted current MLB standards in place. Eventually, a deal was reached on insurance for player contracts and a fairly tough drug testing standard. MLB teams would not be able to directly block their players from participating.

Similarly, Nippon Professional Baseball (NPB) and its players' association had a disagreement over participation in the tournament. While the owners initially agreed to the invitation, the players' union was concerned about the time of year the tournament was scheduled to take place, as well as their right to be better represented when the next tournament is (presumably) to be held in 2009. After four months of negotiations, NPB officially notified MLB they were accepting the invitation on September 16, 2005. Japan eventually won the tournament.

Retrieved from "https://baseball.fandom.com/wiki/World_Baseball_Classic?oldid=46480"
Community content is available under CC-BY-SA unless otherwise noted.